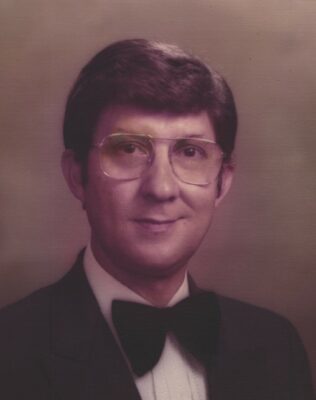 Friends are cordially invited to a visitation with the family from eight o’clock in the morning to nine thirty on Tuesday, the 15th of November, at Aguero Funeral Home and Crematorium, 4402 E. Saunders St. in Laredo. A vigil for the deceased will commence at nine thirty in the morning.

Mass of resurrection will be held at eleven o’clock in the morning on Tuesday, the 15th of November, at Blessed Sacrament Catholic Church, 2219 Galveston St., Fr. Wojciech Przystasz is to officiate.

A private family inurnment will be held at a later date.

Adrian was born on Valentine’s Day, February 14, 1932, in Laredo. He graduated from Martin High School in 1952 and was a proud member of the Tiger Band.

For many years Adrian was the manager and bartender at the Torch Club at the Holiday Inn, where he met many of his life-long friends.

Able to retire early, Adrian enjoyed life to the fullest by traveling extensively and making many more friends along the way. His big heart coupled with his generous giving to so many people and organizations earned him the affectionate name, El Padrino.

Adrian was proud of both his family heritage and of being a direct descendant of Proceso Martinez from San Ygnacio, Texas, where he lived most of his life.

He opened his heart and home to many and will be sorely missed.

He was preceded in death by his parents, Alberto and Guadalupe Martinez. Also preceding him were his siblings, Acela Martinez and Adelfa Espinoza as well as his brother-in-law, Rodolfo Martinez, and Rodolfo Espinoza.

Left to cherish his memory are his nephews and nieces, Blas A. (Maria Elena) Martinez, Angelica (Gerardo) Sanchez, Rodolfo (Dinorah) Martinez, Jr., Guadalupe (Robert) Rodriguez, and Hilda (Richard) Lewis along with grandnieces and grandnephews and other family members.

In lieu of flowers, the family is asking that you donate to the Sacred Heart Children’s Home, 3310 S. Zapata Hwy, Laredo, TX 78046.

26 thoughts on “ADRIAN A. MARTINEZ”