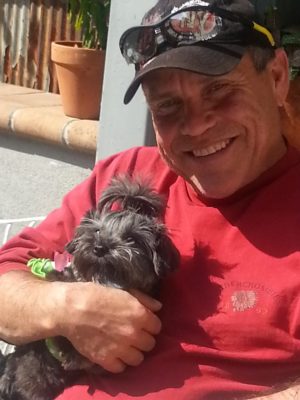 Alfredo “Freddy” Montes Jr. was called home to our Lord on Sunday, February 6, 2022.

Freddy was a unique man with a sparkling personality who touched the lives of everyone who met him. His closest friends describe him as “a very special man”, “charismatic”, “strong willed” and “adventurous”.

Freddie was Freddy, he was a league of his own. This man lived a full life and left nothing unsaid or undone, if he wanted it, he’d go get it!

In his journey he has been a proud firefighter, a private investigator, bondsman & bounty hunter with his Troll Investigations Company that lead him to travel and work toe to toe with FBI and Law Enforcement.

Later in life he also became a truck driver, he was so happy to travel across country admiring the beautiful landscapes of his beloved country.

Freddy was a skillful fisherman and fishing was his greatest passion. “Captain Fred” casted in both salt and fresh water, with his Troll Guide Service he organized fishing trips to Port Mansfield, Baffin Bay, Port Isabel, Choke Canyon and more.

He often would fish at sunset at lake Casa Blanca with his daughter Sophia and their dog Charlie.

Freddy was an outdoorsman, he loved nature and its wonders. He was deeply informed in the matter and always read National Geographic and Wildlife magazines.

Freddy loved life and was passionate about it, he lived with an impact and whether it was good or bad he made sure he was living to the fullest.

Regardless of his hard exterior, he was soft at heart, this is why many people loved him.

God gave Freddy a life full of adventures, time with those that meant the most to him and doing things he enjoyed.

Freddy loved his daughters and referred to them as his “greatest accomplishments”, they were with him at the moment of his passing together with his former longtime girlfriend Mayra.

They all loved him dearly and will miss him eternally as will his many siblings and friends.

As per his request his ashes will be scattered off the coast in the Gulf of Mexico (his favorite spot for fishing trips) in a private ceremony, where the gentle rocking of the ocean will carry his legacy echoing through the eternity.

“Don’t cry for me, for I have no fear. All my pain is gone, and Jesus took my tears. This is not the end. I will be waiting here for you. Until we meet again.”