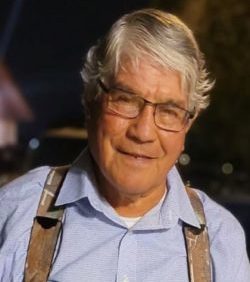 Interment will be held at the family plot at the Laredo City Cemetery.

Due to the current Covid pandemic, temperature checks and the wearing of masks will be enforced for the safety of all.

Margarito was a devoted son, brother, a kind and loving husband, father, grandfather, and great grandfather.

Margarito Jasso was a faithful servant of God for 42 years who whole heartily pastored at Templo Bethania for the last 30 years alongside his loving wife Genoveva Jasso. As a young man, he trained hard in the boxing gym to much success. He earned great triumphs with only one loss. Known professionally as Mague Jasso, he was never one to back down from a fight in or out of the ring. Once he left the fighters life, he learned to sew and became a skillful tailor working at various local department stores until his retirement.

Throughout his life he enjoyed traveling, the outdoors and nature. His awe and admiration for God’s creations was ever present in his life. Margarito’s happiest moments were when he was out fishing with family and friends. He never once turned down an opportunity to wet his hooks at sea or at Lake Casa Blanca.

His outer demeanor was always serious, but he found humor in everything even making jokes to lighten the mood when people were sick or going through a difficult time. He always knew what to say and how to give the most comforting advice to those in need.

He touched so many lives with the word of God and many were saved during his faithful ministry. Through his guidance, many pastors were discipled and ventured in building their own congregations. His life’s purpose was to spread the word of God to all that would hear. No matter the place or time, he would remind everyone of God’s love and everlasting mercy.

Margarito’s love and life lessons will be treasured by those who knew and loved him.